*read while listening to “Turning Page” by Sleeping at Last*

This morning, as he does every Wednesday and Thursday, Mr. Hubby woke up at the crack of dawn to get ready for his EMT class.

Normally, I peek briefly through sleepy eyes, give a quick goodbye kiss, snuggle Jolie Bear closer, and hunker down for another couple hours of sleep.

Today, though, I decided to wake up and have breakfast with him (ham and swiss omelettes, anyone?).

After he left, I started reminiscing about those first few months of our friendship and relationship. They were magical and beautiful and fun.

And I’ve been hesitant to share our love story too eagerly, because it’s so whimsical it almost seems unreal. But here it is:

A story of boy meets girl.

The first time Colson and I locked eyes, we both felt a bolt of lightning in the heart.

It wasn’t like, “Oh, he’s cute.” It was like, “Woah. Who is that person? I need to know that person. I am going to introduce myself to that person right away.”

It was like making eye contact with an old friend, and trying to figure out how you know them.

It was like my heart saw him and breathed a sigh of relief and said, “Oh, there you are. I’ve been looking for you.”

YES, all within a matter of a split second. I know it sounds cheesy, but bear with me.

When we first locked eyes, I was performing in a show and Colson was working an audio internship – specifically, handling the performer’s microphones.

Originally, I wasn’t supposed to have a microphone, but something went awry (as things always do in musicals) and I ended up joining the octet, which meant (you guessed it!) a microphone for me!

Needless to say, I basically sprinted to the mic closet.

You knew pugs would work into the story somehow…

When I walked in, Colson was looking at a picture of a pug on his phone.

If anyone knows one thing about me, it’s probably the fact that I’m obsessed with pugs (and let’s be honest, based on the number of pugs posted daily on my Facebook wall, I think there’s a pretty solid understanding).

And thus, the ice was broken.

Colson: “Yeah! My family is thinking of buying one! We love pugs!”

From there, it snowballed.

So, we started spending time together.

The first evening we hung out, we ended up sitting on the end of my driveway, eating apples with peanut butter, and talking until 6 a.m.

We didn’t even realize we had been talking for so long until the sun started coming up.

What did we do then, you ask?

Obviously – we went to HyVee, got a bunch of breakfast food (and sparkling grape juice, because, CELEBRATION!), took it to the dock at Shawnee Mission Park, and had a feast for the Gods.

We busted open the bubbly, snacked and talked, and even danced a little to music from Colson’s phone. Here’s a picture of our view that morning:

From there, the deal was sealed (for me, at least). I was hooked. I felt like I had met my all-time best friend.

Later in the summer, Colson and I had spent one of our dates walking around a shopping center.

I had seen a ring that I loved, and pointed it out to him. He told me to try it on, we sent out a jokey Snapchat, then we went about our day.

About a week later, I got a late-evening text from Colson that said: Come outside! I left a surprise for you on your car.

I slipped on my flip-flops and walked out, peeking around to see if he was still there – I didn’t see his car or him. I was a little disappointed, because if he stopped by, he could have at least said hello!

Underneath my windshield wiper, I saw a rose and a little note.

I turned around to take the note inside, because it was too dark outside to read it.

THEN, I BASICALLY HAD A HEART ATTACK because Colson popped out from behind a tree holding a ring box.

Here were my thoughts at the time:

He got down on one knee and asked…

“Will you be my girlfriend?”

PHEW! And look – it was the ring I had pointed out a week earlier!

And the rest is history.

Four months later, we were engaged.

Six months after that, we were married.

10 months after that, we welcomed our baby girl into the world!

So, here’s the point:

Love will most likely fall into your lap when you’re not looking for it.

Love, at least for me, felt a whole lot like friendship. But, like… friendship times about 8 million. Friendship on steroids.

And even though we have our ups and downs (just like every couple and friendship does), I wouldn’t trade him for the world.

Hey! I'm Kelsie. I'm into practical family wellness, healthy meals, fitness, art of all kinds, radical self-love, and limit-busting beliefs. I'm a mom, wife, writer, over-thinker, singer, dancer, and actress. I believe in embracing the present moment, practicing gratitude during life's peaks and valleys, and, most importantly, that loving yourself and those around you can absolutely change the world. Join me as I ruminate about life, love, and the pursuit of hella easy crock pot recipes! View all posts by Kelsie

One thought on “A Sweet Little Love Story”

“A smooth sea never made a skilled sailor.” 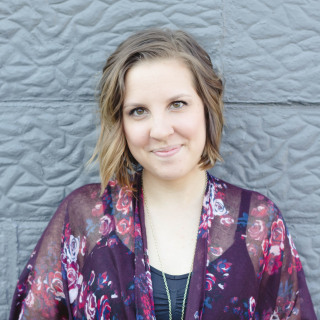